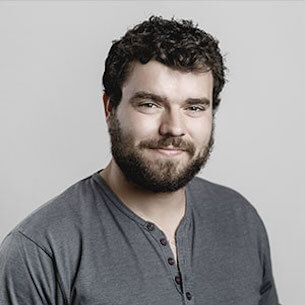 Matt joined the team in 2008; poached from an incredibly lucrative and highly successful career in short and feature film, BBC drama and corporate and commercial production. A career highlight for our bearded and bespectacled head of production was a BAFTA nomination for his short film “My darling wife”. A devout Devonian, he stakes a claim to the ‘original’ pasty, not the cheap Cornish counterfeits. In another hotly contested assertion, Matt also insists that it’s cream first, then jam if you want to make a proper cream tea. The debate continues.