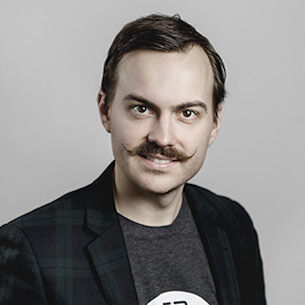 Davis’ early years were spent in the Latvian countryside, milking various farmyard animals, but curiosity drew him to the big smoke. He started out teaching, but the classroom was no more for Davis than the farmyard.

Then he found his passion: web development. Seven years of constant dedication made Davis a vital addition to the Kitchen. When not surgically attached to a computer, you might find him perfecting some outlandish moves in his bid to dance his way around Europe. He’s a keen cyclist, pedestrian and funder of Kickstarter projects.