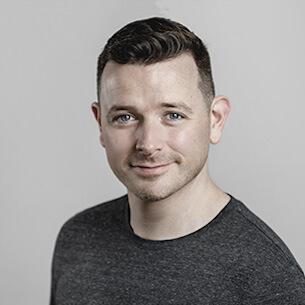 Lashing himself to the side of a coracle, James fled the rain soaked, windswept shores of Cork is adjusting well to the milder climes of South East England. After two years in film facilities, followed by a two-year stint in post-production, he joined team The Kitchen.

Aside from an encyclopaedic knowledge of production, he’s an expert in Irish charm. He’s also learning to speak slower so people can understand some of what he says. It’s a work in progress. He loves chips, ice cream and his cat. She is called Cat.