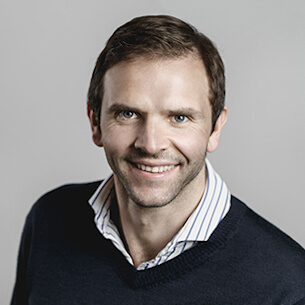 Ted was fresh out of uni when he teamed up with his best pal Jim to form The Kitchen. A degree in binary code meant that, in the early days, Ted handled everything technical. It was his logical thinking that turned him into a great COO.

Ted’s probably the only director of an advertising agency who’s played professional football and appeared on Teletext final score, even if he did go off injured after 60 seconds. He’ll now be found most Saturdays running around a pitch or perfecting his drive.